MUnit is a Mule application testing framework which allows you to build automated tests for your Mule integrations and API’s. MUnit is very well integrated with Anypoint Studio.

In this article, we will see how to create and run the MUnit tests.

First, you want to make sure MUnit is installed in your Anypoint Studio. In case it is not installed, follow below steps. 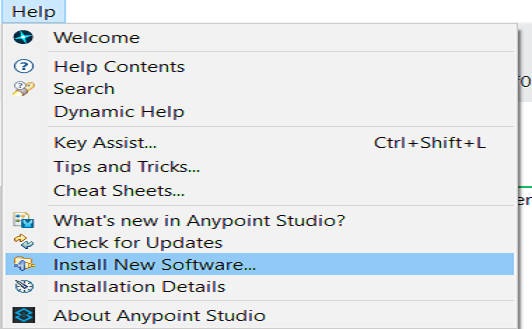 It will create MUnit tests for the flow and it will be available in folder src/test/unit.

In Assert Payload, you need to define Expected Value and in this case, it will be payload. Also, provide Test Failure Message, in case the value doesn’t message the expected value then it will provide the failure message you have defined.

After running the MUnit suite, it will provide details like errors, failures (if any), coverage report, and test status.

In above image, the green color means that your test case has been successfully executed and passed.

Now you know how to create MUnit tests for your flow!

For a video walkthrough, please refer to the tutorial below:

Guide to error handling in Mule for Java programmers